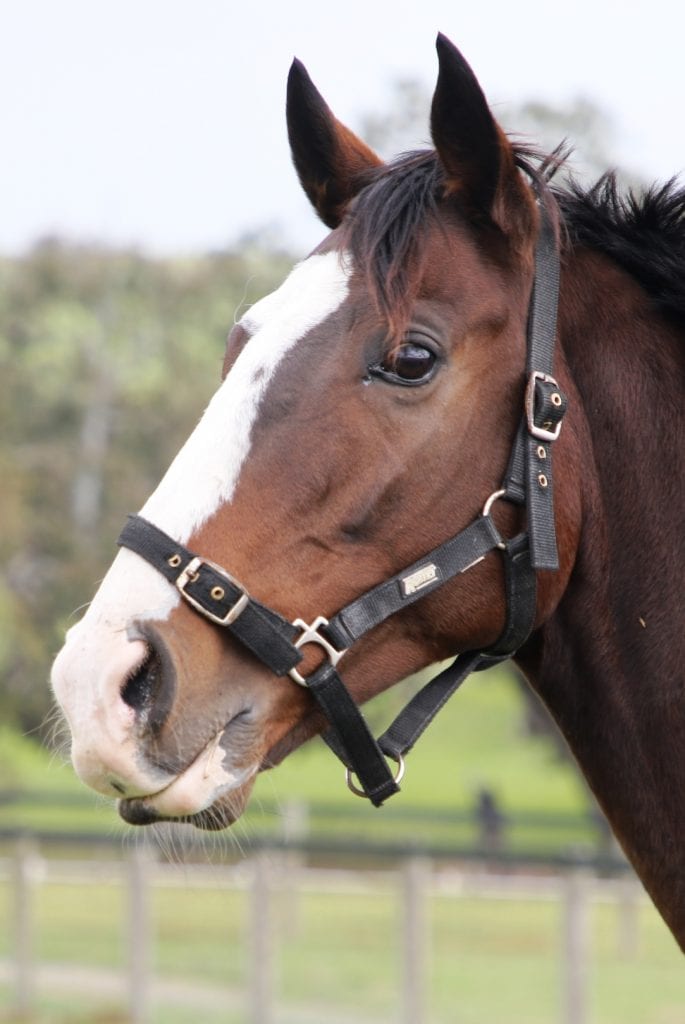 Newly-retired Tom Melbourne has arrived safely at his new home, becoming the 28th current resident at Living Legends in Greenvale.

Arriving by float this morning after crossing the Nullarbor from Perth, he joins some of Australia’s most treasured champions, including Might And Power, Apache Cat, Efficient, Zipping and Who Shot Thebarman.

OTI Managing Owner, Terry Henderson, said it was an obvious choice to send the much-adored Tom Melbourne to live out his retirement at Living Legends.

“I’ve no doubt Tom will relish the surroundings at his new home, a magnificent facility that enables champions to be admired long after they’ve run their last race. While Tom’s feats on the track may not match the winning feats of his new friends, he’ll certainly be the champion second place-getter on the property,” Mr Henderson said.

The Irish-bred 9yo gelding Tom Melbourne enjoyed a celebrated career amassing just under $1.5 million in prizemoney and was retired last Saturday after 51 starts, his first in Ireland and his final two in Perth.

His biggest victory came in the Albury Gold Cup (2000m), but he was most famous for consistently placing second – on 14 separate occasions including the Group 1 Epsom Handicap and the Group 1 Kennedy Mile – and earned him the love of the racing public.

“Tom Melbourne has captured the hearts of the Australian racing public and so it’s only fitting that people will be able to visit him in his retirement at Living Legends. Our horses are all unique with their own stories and personalities and Tom will certainly add to that mix in the best way possible.”

“We’ll let him settle in for a few days before pairing him up with a paddock mate. He’s in good hands with our team who remain dedicated to the care of our horses during the current COVID-19 restrictions. While we can’t operate fully at present in terms of being a tourism destination, the silver lining is that the horses are enjoying even more attention than ever from their carers and we’re sure that Tom will really enjoy that,” Dr Clarke said.

Living Legends was established in 2006 as the International Home Of Rest for Champion Horses, as an organisation promoting the life, care and well-being of horses after racing and a public museum for horse racing memorabilia, on a site that once was home to 19th century race meetings and is one of the most historic thoroughbred properties in the southern hemisphere. Now, 13 years on, Living Legends is the only public rest home for racehorses in Australia, and has become a much-loved attraction for people of all ages within the racing community, the public and local and international tourists.

The popularity of Living Legends was recently acknowledged with the 2019 RACV People’s Choice Award for Best Tourism Experience or Service.

We are happy to announce that previous restrictions in regards to access to Woodlands Homestead and numbers of participants on tours have now been lifted!

All visitors over 16 years of age must be must be double vaccinated against COVID-19 with proof of vaccination or a medical certificate of exemption.

Tables in the homestead, on the homestead verandas and in the gardens are now available to enjoy Annie’s scones and other treats.